Home » Nigeria » What it takes to impeach a president in Nigeria

What it takes to impeach a president in Nigeria 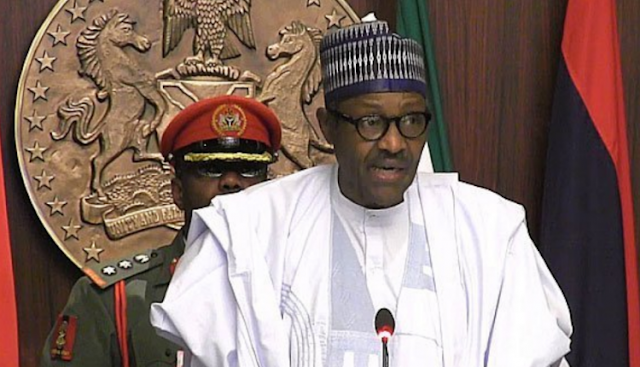 In a historic moment, the United States of America (USA) House of Representatives, doggedly led by Speaker Nancy Pelosi, impeached President Donald Trump, to become the third American president to be impeached.
Trump will stand out as one of the most controversial President of the United States (POTUS) in history. He had survived a number of impeachment scare before this one finally went through.
The president was accused of abusing power for reaching out to the President of an ally to the US, Ukraine, which has been tied to Russia, the same Russia, fingered for collusion, that has been the reason the US has been in shambles since day one of Trump’s presidency. He was also accused of obstructing parliamentary inquiry.
Amid dramatic scenes that unfolded on Capitol Hill, Democrats reached the 216 simple majority – four seats are vacant – required to impeach Trump. While it is likely Republicans in the Senate will vote against the measure, allowing Mr Trump to remain in office, the move nevertheless marked a rare and grave milestone in the nation’s frequently high-stakes political history.
Away from what is happening with President Donald Trump in the US, what does it take to impeach a president in Nigeria?
Impeaching a sitting President in Nigeria is a very serious matter. It is serious not simply because it amounts to effectively ‘sacking’ the number one citizen of the country, but also because it amounts to reversing the decision of a majority of the citizens of Nigerians, who have placed the President in that office for a stated term by voting for the President in a Presidential election.
Due to the severity of the issue, the process for impeaching a President is pretty stringent and is contained in the one document which has a very strict process and procedure for amendment – The Nigerian Constitution.
According to Section 143 of the 1999 Constitution of the Federal Republic of Nigeria (as amended), here are the steps to impeach the President:
Step 1
There must be a notice of any allegation in writing alleging gross misconduct on the part of the President. This notice must be signed by not less than one-third of the members of the National Assembly (both the Senate and House of Representatives) and it is presented to the Senate President.
*Gross misconduct is defined by the Constitution as ‘a grave violation or breach of the provisions of this Constitution or a misconduct of such nature as amounts in the opinion of the National Assembly to gross misconduct.’
Step 2
The Senate President must within 7 days, serve the President and each member of the National Assembly with a copy of the notice of allegation.
Step 3
The President has a right of reply (he/she does not have to reply, however), and any such statement in reply to the allegation must be served on each member of the National Assembly.
Step 4
Within 14 days of the presentation of the notice to the Senate President, each chamber of the National Assembly shall resolve by motion without any debate whether or not the allegation shall be investigated. This motion needs to be passed by at least two-thirds majority of all members of each chamber of the National Assembly.
Step 5
If the motion fails to reach the two-thirds majority, the process immediately stops, and no further action will be taken. However, if the two-thirds majority is obtained and the motion is passed, then the Senate President will within 7 days of the passing of the motion, request the Chief Justice of Nigeria to appoint a Panel of seven persons who in his opinion are of unquestionable integrity to investigate the allegations. The members of the Panel cannot be members of any public service, legislative house or political party.
Step 6
The President whose conduct is being investigated under this section shall have the right to defend himself in person and be represented before the Panel by legal practitioners of his own choice.
Step 7
A Panel shall be appointed which shall;
(a) Have such powers and exercise its functions in accordance with such procedure as may be prescribed by the National Assembly; and
(b) Within three months of its appointment report its findings to each House of the National Assembly.
Step 8
Where the Panel reports that the allegation has not been proven, there will be no further action. However, if the report is that the allegation against the President has been proven, then the National Assembly will consider the report, and a resolution for the adoption of the report shall be moved.
Step 9
For the resolution to be adopted, it must be supported by not less than two-thirds majority of all the members of each House. Once adopted, the President shall stand removed from office as from the date of the adoption of the report.
Join Geezgo for free. Use Geezgo's end-to-end encrypted Chat with your Closenets (friends, relatives, colleague etc) in personalized ways.>>
Join Geezgo for free. Use Geezgo's end-to-end encrypted Chat with your Closenets (friends, relatives, colleague etc) in personalized ways.>>