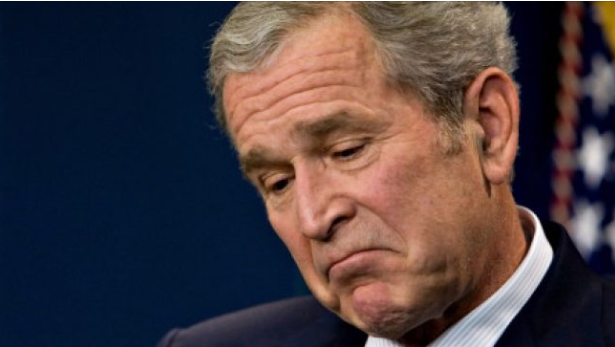 US President Donald Trump wanted Nancy Pelosi, speaker of the house of representatives, engineer the impeachment former President George Bush.
On Thursday, Wolf Blitzer, CNN’s lead political anchor, uploaded a video where Trump spoke on his wish for George to be impeached.
“Check out this exchange I had with then private citizen@realDonaldTrump on Oct. 15, 2008. We spoke about House Speaker Nancy Pelosi and he then offered his thoughts about impeachment,” he tweeted.

In the video, Trump described Pelosi as “a very impressive person”, adding that he shares likeness for her.


However, he said the speaker should have ensured the impeachment of Bush for leading the US to war.
In response to the September 11 attack, Bush launched a “war on terror” that initially included the war in Afghanistan in 2001 and the Iraq war in 2003.
Trump said the 43rd president should have suffered the fate of Bill Clinton, who was impeached on grounds of perjury to a grand jury and obstruction of justice — a similar offence for which the incumbent president has been impeached.
“When she first got in and was named speaker, I met her and I think she is a very impressive person. I like her a lot. But I was surprised that she didn’t do more in terms of Bush and going after Bush. It just seemed like she was going to really look to impeach Bush and get him out of office, which personally I think would have been a wonderful thing. Absolutely for the war. He lied,” he said.
“He got us into the war with lies. And look at the trouble Bill Clinton got into with something that was totally unimportant and they tried to impeach him which was nonsense. And yet Bush got us into this horrible war with lies, by lying, by saying they had weapons of mass destruction, by saying all sorts of things that turned out not to be true.”
On Wednesday, Trump was impeached by the lower congress under the leadership of Pelosi. He was accused of obstructing congress and abuse of power.
Like Clinton, Trump will face the senate trial that is expected to take place after the winter break, in January.
The impeachment of the Republican president has been considered unlikely as a result of the dominance of his party members in the senate.
Join Geezgo for free. Use Geezgo's end-to-end encrypted Chat with your Closenets (friends, relatives, colleague etc) in personalized ways.>>
Join Geezgo for free. Use Geezgo's end-to-end encrypted Chat with your Closenets (friends, relatives, colleague etc) in personalized ways.>>